Why Patience Plays a Huge Role in Breakthrough Marathon Performances 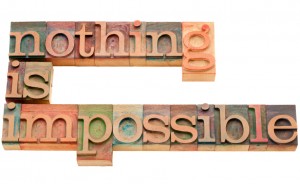 Marathoning is one of the most challenging, rewarding and character-building sports you can participate in. I have never experienced more trials and tests in athletics until I began training for the classic 26.2 mile distance back in 2002. Ironically, the same issue that plagued me in my debut at the 2002 New York City Marathon, running out of glycogen (fuel), has continued to test me. Friends, coaches and mentors wondered what was going on with my training in 2009-2010. I had some of the best workouts of my life while training with the US Army World Class Athlete Program. I had run a personal best time of 2.19.35 at the 2007 California International Marathon finishing in 4th place and top American honors. The effort provided a once-in-a-lifetime opportunity to return back to the Army W.C.A.P unit and compete as a Soldier-athlete full-time. My peers, professional coach (Lisa Larsen Rainsberger, the last American female to win the Boston Marathon in 2.34.04) and teammates could not understand why I was not improving upon that 2.19 time. The best time I put up in 2009 was a 2.36.29 and 2010 was probably the worst year, racing wise, that I ever had encountered despite having some of the best training of my life. I have dealt with failure and success in the sport and hope some of what I write will be of assistance to you.

I returned to the 2009 California International Marathon with aims of qualifying for the 2012 US Olympic Trials Marathon Championships but finished with a time of 2.36.29 after a 1.08.33 opening first half-marathon hitting the 20-mile mark still on 2.21 pace (1.50). What is the point? Regardless where you are at in your marathoning, you have to value the one characteristic that will guarantee you success in future races. Patience. It is a powerful word. The great basketball coach, John Wooden, said “Patience is a part of progress. Expect change to happen slowly and to have patience along the way”.

The problem with running faster is our mindset changes and we aim to run faster every time we run a race. This can have a drastic effect on our athletic performance, not only physically, but psychologically as well. It was hard to fall short of the 2.19.00 standard in 2011 missing the chance to compete in the 2012 Trials. I needed a 2.19.00 time, only 35 seconds faster than my PR yet I missed the mark.

What I Learned That Can Help You

Your level of patience to delay gratification has to be a paramount part of your training regiment. It is has to be even more important than the training itself, because the results do not always come as quickly as we want them to. The marathon is 26.2 miles, not a 5K sprint where if you go out too hard, you realize you only have a short distance to complete in order to finish. Have any of you dropped out of a marathon? I would be safe to bet probably a few of you have. I have. Bill Rodgers, 4-time winner of the Boston and New York City Marathon, has. The best have.

I will say it is an uncomfortable feeling to have to pull out of a marathon. I am certain many of you have never had to do this but if you have I am sure you can relate to what I am writing. It tests your spirit, makes you question your training and your ability, but keep in mind this has happened to beginners all the way to world-class runners. I watched my friend, Haile Gebressalassie, drop out of the 2011 Berlin Marathon. My heart went out to him. The media bashed him for falling short of a world record. He was on world record pace up to 25K and he and Patrick Makau (who went on to break the world record in 2.03.38) ran faster than anyone in the field. He went for it. He didn’t sit back and play it conservatively. The moral of this is to train as hard as you can, run with your heart and if in the end it doesn’t work out, at least you can live with yourself. A DNF is not the end of your running career. It is not fun but will only make you more determined at your next attempt.

James Dyson, the founder of the Dyson Vacuum Cleaner, puts it this way, “there are countless times an inventor can give up on an idea. By the time I made my 15th prototype, my third child was born. By 2,627, my wife and I were counting pennies. By 3,727, my wife was giving art lessons for some extra cash. These were tough times, but each failure brought me closer to solving the problem. It wasn’t the final prototype that made the struggle worth it. The process bore the fruit. I just kept at it”. This is such a powerful message we, as runners, can learn from. I have never been afraid of failing at something as long as I tried. I broke the 2.20 marathon barrier in late 2007 thinking 2008 would bring me to 2.15? I had another thing coming. A huge dose of reality.

I ran 2.26.42 at the 2011 Monumental Indianapolis Marathon to finish 5th overall despite a porta john stop at mile 18 while running with the leaders. It was an incredible day and I felt more joy at the finish line that day, than I did running the 2.19.35. Your ability to overcome past failures will determine how far you go in your future races. Improvements don’t always come suddenly. The real lessons come in the disappointments. I ran a 3.05 at the 2010 Grandmas Marathon. I was under such pressure to perform under the elite military unit I was in, that I completely lost the joy I once had for running. I was tired and stale. I should have pulled out of the race but the Army had funded my way there to finish so I did. It was the lowest experience of my life. I went from doing 20-mile long runs in 1.53 at over 6000ft in Colorado Springs to walking and jogging the last 18 miles of the race. It is, to this day, my worst marathon effort, by far. I value that experience more than anything and learned a huge lesson in patience that day. If you have experienced similar disappointments in your racing, my heart goes out to you. Expect delays but don’t let the frustration of a bad day get the best of you. I wanted to hang my shoes up after that race but had I done that I would not have run 2.26 late last year. You will improve, but appreciate the value in running a race, even if it is not your best time. Don’t be afraid to fail.

Patience played an enormous role in breaking the 2.20 marathon barrier. My two previous marathons prior to running 2.19.35 were a 2.40.02 and a 2.51.51, not especially attractive times for someone with a 1.07.06 half-marathon best. The reason I bring this up is to remind you of how important being patient is. Make each day your masterpiece and know that each workout you do plays a role in your breakthrough. You may have bad races along the way, but when your body adapts and you get it right, you will blow away every pre-conceived goal you have for yourself away. I knew what I was capable of. What I did not know is when. Why patience is so vitally important. You have to see your way through the hard times to get to that golden moment when everything clicks and you nail your objective.

Marathoning has taught me the value in being persistent and the vital importance that lies in being patient. The most beautiful thing about the Kenyans that I lived and trained with is that they never let bad races get the best of them. They run to win and if they experience a bad race or have to drop out. It is not the end of the world. I flew back from Green Bay, Wisconsin with a 2.14 Kenyan marathoner who dropped out of a marathon race earlier that day. He was already looking forward to his next race. He was not unhappy. How many of us have had that attitude after a disappointing race? It would be safe to say not all of us have and probably a few of us can learn from it.

I wish you all success with your future training and racing and hope some of this information will be of value in your life. Your past performances cannot control what you do in the future, only your level of patience. Do not run low on it. Keep your focus, remember James Dyson and the other experts out there who have had to fail many times before they ever saw just one success. There is power in that!

Nate Pennington is a 2:19:35 marathoner and founder of www.rundreamachieve.com, a running blog designed to mentor, coach and inspire beginners to advanced level runners.

One Response to “Patience in Marathoning”