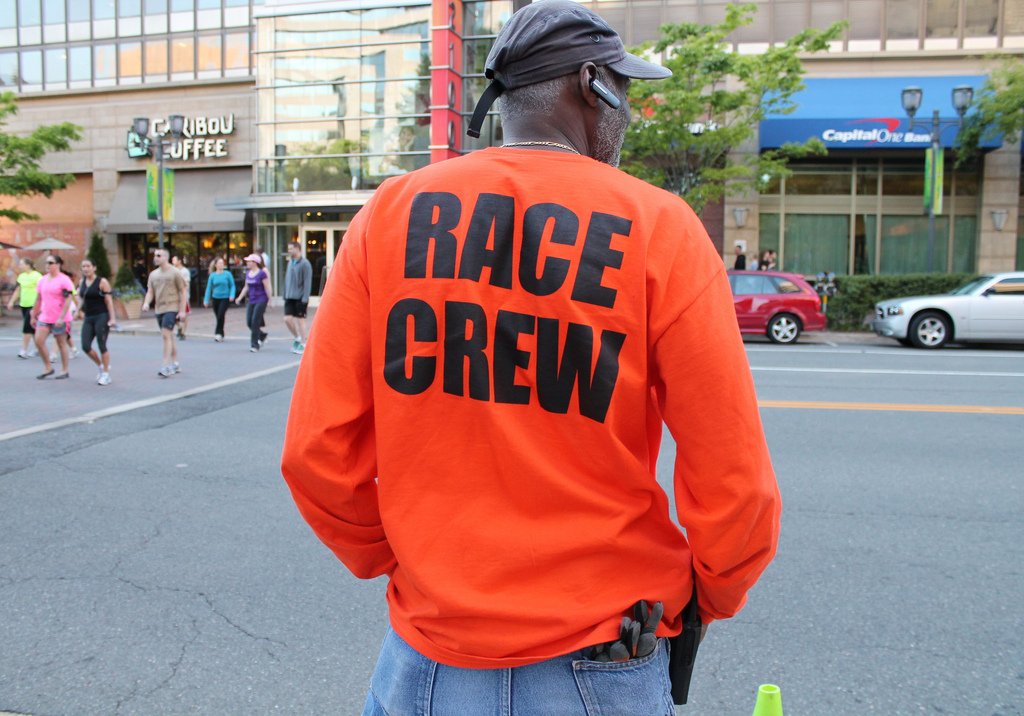 Once a luxury, most marathons now employ a group of Pacers to help lead runners to a certain finishing time. But not all Pacers are the same; and non of them run like the metronome you most likely assume them to be.

There’s nothing more frustrating on race day than running with the 3-hour 30-minute finishing group, yet arriving at the half way point five minutes behind schedule. Or worse yet, five minutes ahead of schedule!

Here’s how you can avoid this type of marathon mix up and still have the race experience you have trained for.

What’s A Pacer, You Ask?

Just in case you have been living under a rock for the last few years, a Pacer is a runner designated to run a specific finishing time and to help others do the same.

Depending on the event, these volunteers usually wear a distinquishing shirt and carry a light-weight sign with their desired finishing time clearly displayed.

It is not uncommon to see quite a cluster of runners magnetically attracted to these Pacers at varying points of the race…at least through mile 21 or 22 when everybody is on their own.

While Pacers have a demonstrated ability to run the desired finishing time, exactly how they will get to the finish on that schedule is another story altogether. If your Pacer will be wearing his/her own watch, they will be much more in tuned with their current status in relation to the desired finishing time than if someone else was relaying them information (a second runner, for example).

This is a completely fair question, yet few folks actually ask! While your Pacer is the designated leader on this race day, he or she might only have one finish at your desired time. Or perhaps they’ve never lead a group before — very different than just running your own race.

Of course, the complete oppositte could be true. Your Pacer might have 50+ finishes under her belt — in which case you can feel a great deal more confident about her abilities to help you achieve your finishing goal.

A Wingman, or Wing-person, is the Pacer’s shadow on raceday. S/he typically runs alongside the pacer as an aide. Sometimes they might hold the sign for a few minutes to give the Pacer a break. The trouble only happens if the Wingman takes over Aid Station responsibilities for the Pacer.

Running a set pace an getting fluids and food on race day are two entirely oppositional activities. Both are 100% required to make it to the finish line, but slowing down to run to the side the road, get a cup and/or some food, then drink it as you run…all that simply slows you down! If your Pacer has a Wingman, then at each aid station you choose to use, the Pacer will virtually “surge” ahead of you by ten to twenty seconds.

While I don’t like the positive-split strategy one bit, you honestly can’t control what the Pacer is going to do. At least you will know what they intend to do when the race starts, and you can account for any deviations vs your plan (they are running faster early mile, for example, so you won’t get too worried).

The best option is to self-serve. After all, you just trained all this time to get here, why entrust your race to this total stranger? I strongly recommend that you create your own race plan, ideally one you have tested. You should have your own watch to keep track of your splits and heart rate. This way, you can engage with the Pacer if you want, but you aren’t beholden to their strategy, ability or fitness on race day. Good luck!